Looks Like Bad Timing for My 15 Minutes of Fame + Dora Crushes the Course at Bear Mountain.

Hopefully the June TrailRunner  Magazine will be arriving in your mailboxes the next few days. As I mentioned at the end of this post here, I strongly disagreed with an article they wrote in May telling a runner who wanted to lose weight that he should eat more carbs. DOH. Anyhow, I argued he should eat FEWER carbs and more fat and protein, and they published my letter on page 8!
And if that weren't enough excitement for one issue, on page 40 they have an article on the Paleo Diet called "Caveman Approved". It's pretty well written and presents a positive view of "my" diet. And the kicker is this paragraph.
"Regardless of the genetic and digestive details, some runners say they just feel better on a Paleo diet. When 52 year old runner Dave Reid of Toronto Ontario, failed in numerous weight-loss attempts, he subscribed to the Paleo Plan. Reid dropped 20 lbs. the first 2 months, and another 15 in the following two years. He says "I'm now putting in better training than I ever did before".

I'm pretty sure I said "52 year old Elite Ultrarunning Champion Dave Reid of Toronto Ontario" but I guess they had to edit it due to space constraints or something.
Thanks, Mackenzie!
Anyhow, it's too bad I'm having such rotten luck with my injury, but that was caused by stupidity, not my diet. Still no luck taking deep breaths, but I'm really liking my little white pills.
Lastly, but certainly not leastly, a huge effort on the weekend by our female Pylon. Dora did a great job at the Bear Mountain 50 Miler, and you can read her amazing race report (with pitchers) HERE. You really have to give it a look, especially if you enjoy reading about other people suffering! 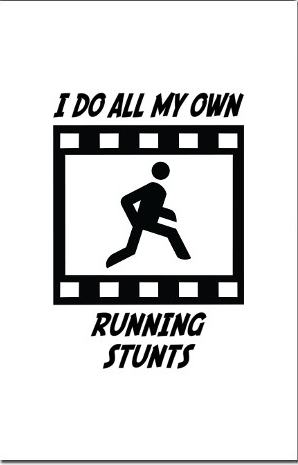