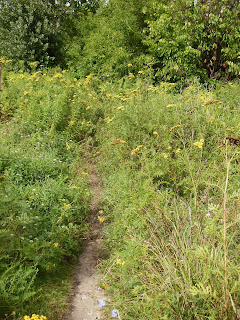 I've been spending so much time on my biking endurance trying to catch up for Ironman that I've been neglecting my running.I guess I wanted to see if I still had it, but truthfully, it was a nice day and I was getting a little sick of the bike and just felt like hitting the trails. I have cured a major pain in the ass,  which is the pain in my ass after 3+ hours in the saddle. The Assos cream and Pearl Izumi Elite Pants have been great. Now it's just boredom, not pain, that makes me quit.But no way I'm training on the streets of Toronto,and I'm too lazy to drive out of town.So the trainer it is.
Here's some photos from the run..................the trail? She's getting a bit overgrown these days. 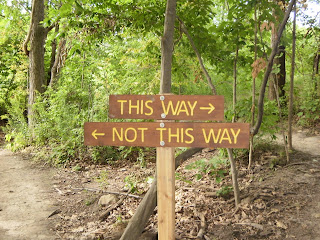 Check out this new sign, I think they are appealing to the lowest common denominator, the Mountain Biker... 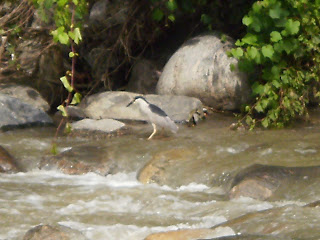 I'm not sure what the most patient bird is, but it might be this guy. I think it is a Black-crowned Night Heron, but I'm no expert.Here he/she is on my first 1 hour loop. 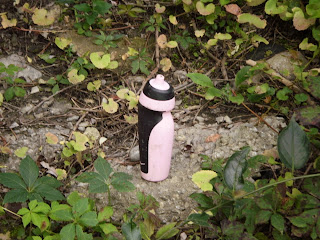 Somebody dropped the world's rudest water bottle. A flesh coloured water bottle? Who thinks of these things? 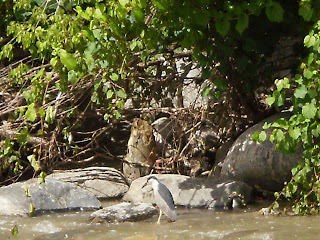 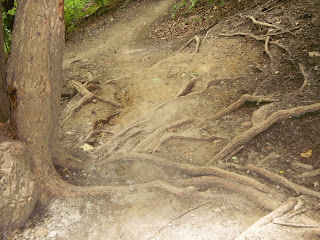 A gnarled Oak Root, and a good reason to watch this trail while you run. 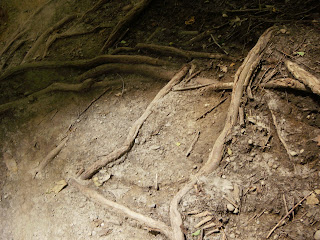 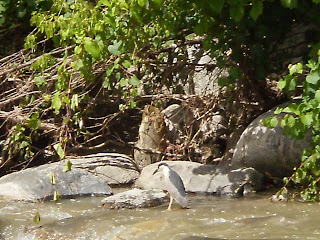 Just over 2 1/2 hours after I first saw him/her, he/she is still there, and still hasn't moved. That is something.
11 days to go until Ironman Canada. The Leadville Trail 100 Miler (Brownie Running) and UTMB are on this weekend. Good luck to all the runners. Good times.
Maybe one of  These Things  would help around 50 miles? Seriously. Fill them with ice and drop in a few PBR's or Old Milwaukees. Soak forearms until you're good to go.
I'm pretty sure they would be a violation of FAP Rules and Regulations.