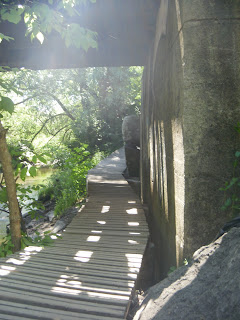 Crother's Woods has a huge network of trails and is the main training area of the "City" Fat Ass Pylons. We have "Country" Fat Ass Pylons that live North or West of Toronto, and we try to get them down here to run once a month or so. Every couple of weeks, it seems the mountain bikers have cut a new trail, so it's always fun to go exploring.
Crothers' Woods was named after George W. Crothers who built a manufacturing company called Crothers Caterpillar. The plant built heavy machinery for the construction and mining industries. The company stayed until 1979 when they relocated to Vaughan, Ontario. Murhal Developments bought the property and eventually sold it to Loblaws which built the store that currently occupies the site just off Millwood Road.
Kudos to Loblaws for letting us all have access to the trails and a great, safe place to park. CN Rail tried to shut the trails down one year, and they put up locked fences all over. A couple of days later, all the fences had holes in them big enough for a mountain bike (or a runner) to fit through. They finally gave up. 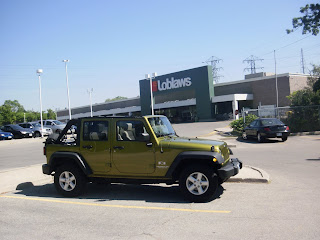 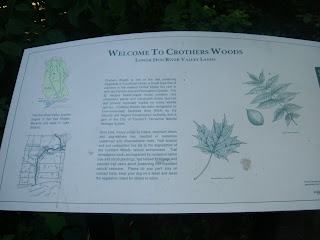 Top photo here is a nice ramp the mountain bikers built under a railway bridge.Below that, it's the Schrek-mobile parked in the area Loblaws has set aside for access to Crother's Woods.A little sign welcoming you.Below, a typical stretch of trail here in Crother's Woods. 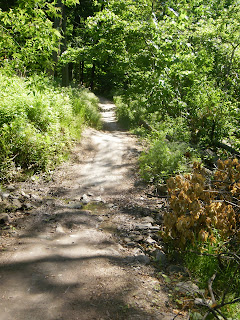 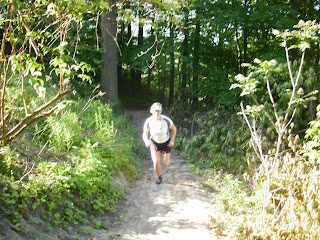 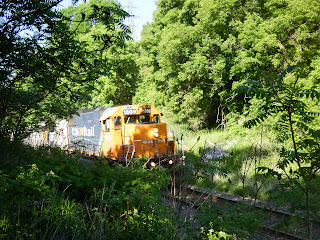 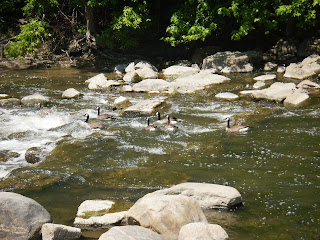 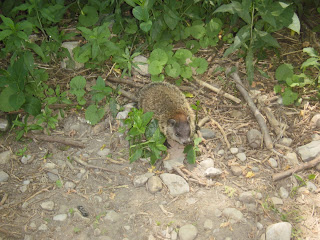 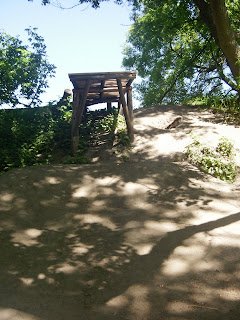 Some more obstacles.......rapids, groundhogs, ramps and a vicious Red-Winged Blackbird that will try to peck your head. 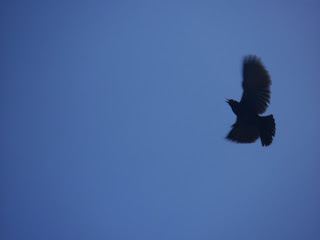 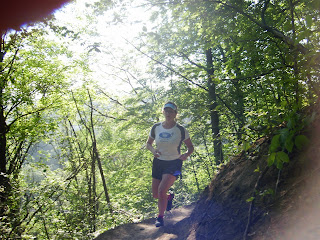 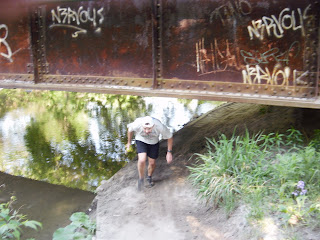 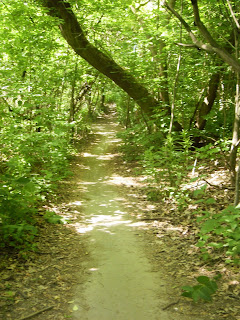 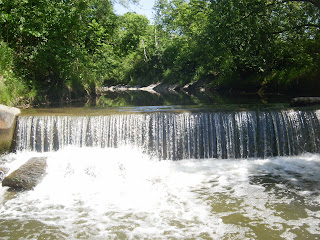 Caution, low bridge! Banged my head on it once and it hurt.Yes, I am standing in the Don River for the waterfall shot.
Lots of wildlife down here, White Tailed Deer,snakes,  Red-Winged Blackbirds,Beavers (destructive Rodents!), Red Tail Hawks,grounhogs, chipmunks,squirrels,ducks and Canada Geese. 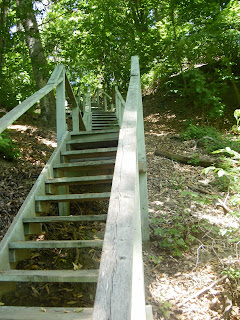 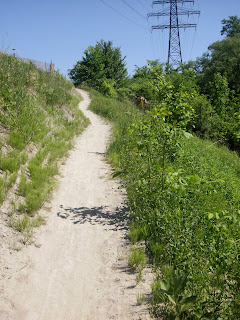 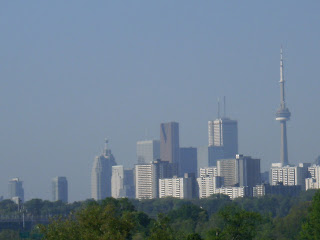 The stairs up to Loblaws. Below that is the hottest part of the course in the summer, the muddiest in the spring..............and finally, just a reminder you're still in the city. A  b.e.a.utiful view to the Southwest of Crother's Woods.
Posted by Digger at 10:51 AM