Did Someone Say "Double Down?" We Do It Up Real Proper Like.

The Boy and I decided to do the "Double Down" the way it should be done.As stated previously, the one I received at KFC in Akron was inadequate, to say the least. Calling it disgusting is being too kind. It is an amazing primal concept, we love the no bun, no carb format. So we decided to it it properly! 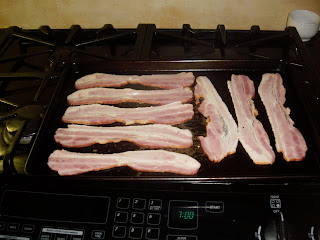 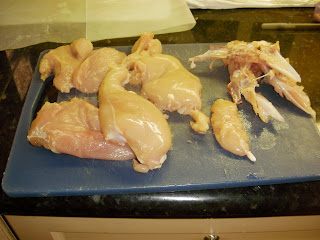 Next up, you have to bone (de-bone?) your free range chicken breasts, and pound them flat. 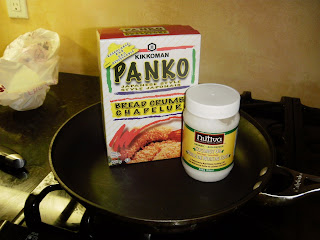 Forgive me, Mark Sisson, but I love Japanese bread crumbs. Can I claim it as my 20% non-primal today? Anyhow, that is not only coconut oil, it is Nutiva ORGANIC Coconut Oil, I paid $10 for it, and it broke my Scottish heart. So we are even in my books. 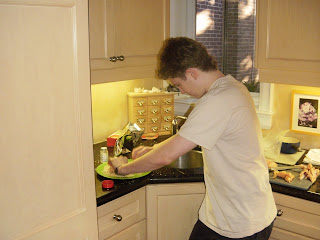 The Boy decides we should add some Cajun spice, salt and pepper to the breadcrumbs. I tell him "You're out of control!!"
He does it anyway, and it is good. 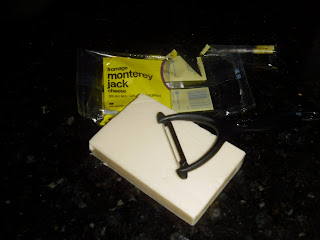 You know if cheese is involved, The Boy is going to add way more than is called for. 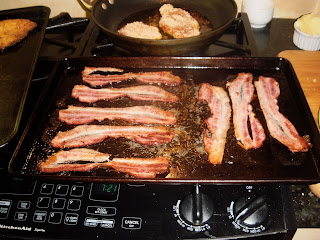 The bacon is coming along, looking a lot better than those little anemic slabs of crap The Colonel called bacon......I don't think The Colonel realizes bacon is religion to some people. 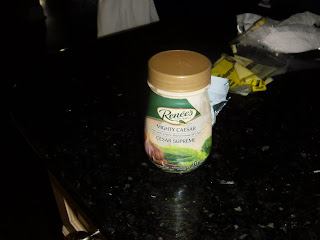 My choice for a dressing, Renee's Mighty Caesar. The Colonel's is mayo based, this one is  80% fat and only 10% carbs. 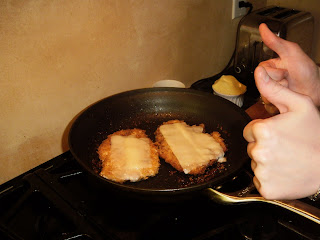 The boy gives the two thumbs up as the cheese melts(unlike my real Double D, in which the cheese was still cold)! 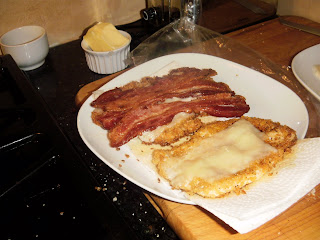 OK-It's all starting to come together. What you see is(top of plate), a breaded chicken cutlet covered in melted Monteray Jack cheese and 4 slices of bacon.Beside it is another chicken cutlet covered in Monteray Jack cheese.Under them is eight layers of paper towels to absorb the coconut oil, these need to be patted dry since they will be the "bun", once we are done. 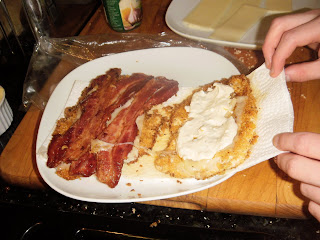 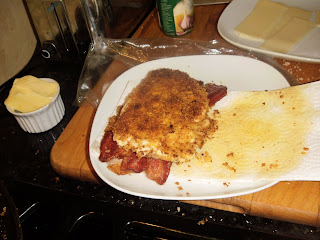 Houston, we have ignition. 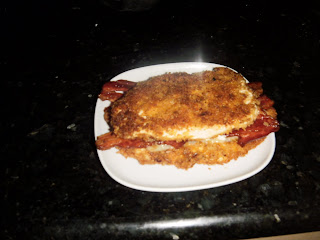 Does this look better than 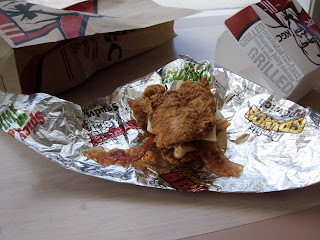 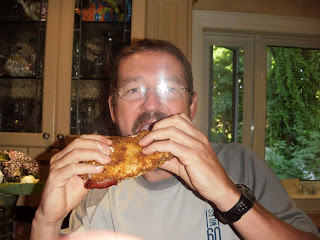 Wow, take the glasses off next time. I paired this dish with a can of 2010 Old Milwaukee, however, a Pabst Blue Ribbon would match up just as well. Eating fat doesn't make you fat, eating sugar and refined carbs makes you fat!


Next up, bacon wrapped chicken!
Posted by Digger at 8:51 PM