Stage 3 Photos and Our last night in Chattanooga

Just a couple of photos from stage 3. Cyrus had showered, changed and was eating lunch by the time the rest of us pulled in, so not much to share. Dora will have some great shots over on her Blog in a bit.
After the race I was talking with a local guy, he introduced himself as Matt. He mentioned he was the race director of the toughest 50K in the East, the Upchuck50K, and we should do it. I finally figured out he was Matt Sims, creator of the Stump Jump 50K, sponsored Salomon runner and featured runner in an article in the current Trail Runner magazine. I was tempted to get my picture taken with him, I'm sure he wouldn't have minded, everyone here is so friendly, but I thought it would be a little weird, so I didn't, but now I wish I had.He won this stage race last year.His wife Natalie was 3rd for the women this year. She "Chicked" me by a few minutes! 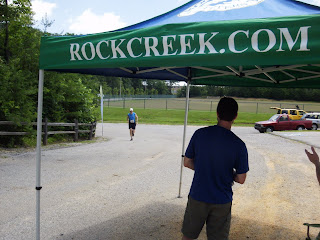 Here comes Captain, finishing off 3 days and 60 miles of everything Tennessee has got. 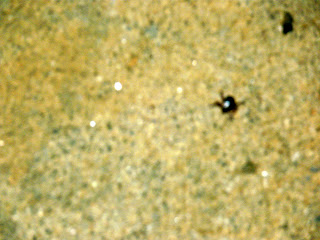 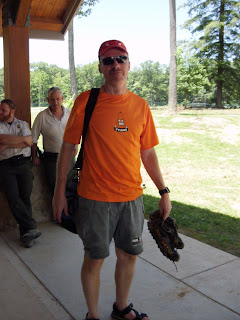 Captain, hearing the news that he was the 3rd place 50+ male! 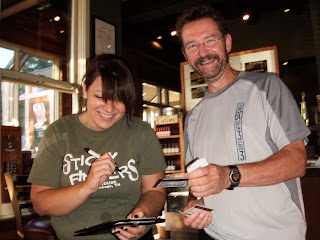 Uh oh, guess who got asked for I.D. when he ordered a beer at "Sticky Fingers"? Digger, that's who, not to shabby for a 52 year old.That's me, showing my favourite waitress ever my driver's license.* 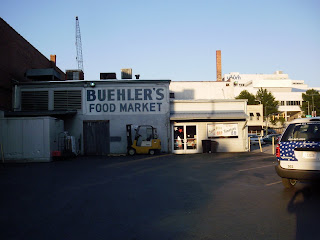 Buehler.....Buehler.....Buehler........
This is about the coolest market I've ever been in. Captain was saying it's the oldest market in Chattanooga, and it is a caveman eater's dream. Huge slabs of fat(I'm not sure what you would use it for), spare ribs in 15lbs. packages,meat,meat and more meat.
Funny, when I asked where the beer was, it got very quiet. The cashier called a guy up to the register, and she told him what I wanted.He disappeared into the back of the store and emerged with 12 cans of old Milwaukee,I went to grab them from him, and he said "Wait, I have to put it in a bag", and he did.My receipt said what everything was that I purchased and how much it cost, except the beer. What was that all about? 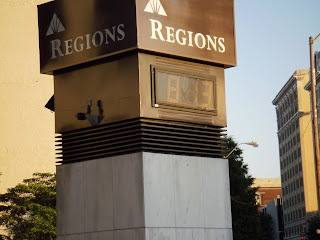 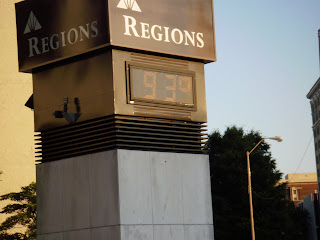 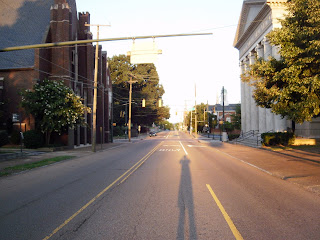 
The kitchen cupboards and the living room in the house Captain rented for us. B.E.A.utiful. 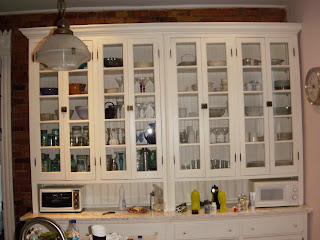 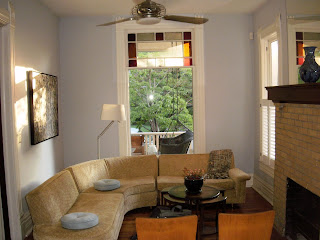 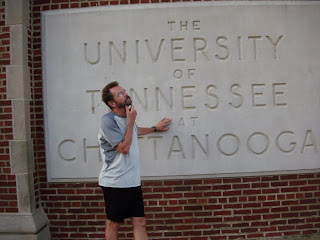 Contemplating "What exactly is a Collard Green?"
Posted by Digger at 10:37 AM