Don't get me wrong, the dinners were awesome. Five courses of heaven, and bottomless wine and beer was usually included. I hope I don't sound like a spoiled North American "stronzo", but............
Before the trip to Italy, it had been almost 3 years since I had been a regular bread eater. I never had a problem with it, other than weight gain. But I do remember it being moist, chewy and delicious, especially when eaten with a thick layer of butter on it.

So what's the deal with the bread in Italy?  Our usual "French" type bread back home has only 4 ingredients, salt, flour, water and yeast. Without salt, the yeast eats all the sugar in the dough, resulting in a dry, tasteless cardboard like bread. Italians love good food, so again, what's up with the dry bread?
Susan, or tour guide, explained that a couple of hundred years ago,  there was a big tax on salt, so back then people used very little of it, and none when making bread. That tradition has carried on.
This dry bread also makes sense for another reason. Italians don't eat bread like we do over here in the "New World". We will have a piece on it's own as a snack before a meal while you're waiting for your real food to come. In Italy, the first course is usually pasta, and the bread doesn't even come out until after that. If an Italian saw you eating a piece of bread and butter on it's own, he would likely think you were nuts. Bread is eaten "with" food, not "as" food. They use it to sop up sauces, and also for cooking things like bruschetta.  For that, it's perfect. If it's used in making sandwiches, the food is salty enough, and as we found, they often drench everything in olive oil, so the dry bread works here as well. I guess it's a disagreement over how bread is used, rather than which type bread is better than the other. You do want to have a good set of teeth if eating bread in Italy, the crusts are as tough as Kevlar®.

Breakfast
So I forgive them their bread. So what's up with the breakfasts?

It's like they don't have anyone in Italy who can cook breakfast. Everyone on the tour was laughing about it, saying we couldn't wait to eat scrambled eggs that weren't cold and watery, and to drink hot coffee again. Instead of sausage, they served warmed up cocktail weenies. So what's up with that? 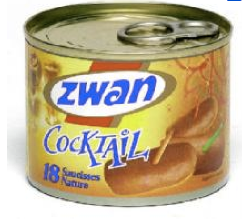 Well, as explained to us, the Italians eat so late at night that they don't eat breakfast. Maybe a cup of coffee with a biscuit. So they are just preparing it for us tourists, and have really never developed good breakfast cooking skills because they don't eat it themselves.

It was the one meal I appreciated though, because there was lots of prosciutto and melon, lots of meat (including wild boar sausage,yeech), and cheese. Good Primal Diet stuff to carry me over until lunch. Portage liked all the fresh fruit and plain yogurt, which was nice.
Now don't get me started on the truck stop lunches!
Posted by Digger at 1:08 PM